TOKYO (AFP) — The monthly discomfort many women see as a curse could pay off someday as Japanese researchers say menstrual blood can be used to repair heart damage.

Scientists obtained menstrual blood from nine women and cultivated it for about a month, focusing on a kind of cell that can act like stem cells.

Some 20 percent of the cells began beating spontaneously about three days after being put together in vitro with cells from the hearts of rats. The cells from menstrual blood eventually formed sheet-like heart-muscle tissue.

The success rate is 100 times higher than the 0.2-0.3 percent for stem cells taken from human bone marrow, according to Shunichiro Miyoshi, a cardiologist at Keio University's school of medicine, who is involved in the research.

Separate in-vivo experiments showed that the condition of rats who had suffered heart attacks improved after they received the cells derived from menstrual blood.

Miyoshi said women may eventually be able to use their own menstrual blood.

"There may be a system in the near future that allows women to use it for their own treatment," Miyoshi told AFP on Thursday.

Using one's own blood could solve a major problem in the use of cells -- a patient's immune system rejecting them.

Miyoshi said menstrual blood could be used to build stockpiles of cells which have a variety of matching HLAs, or human leukocyte antigens, a key part of the human immune system.

The cells can be stored for a long time in a tube the size of a finger and cultivated when necessary, he said.

"In proper storage, we would be able to stock up a tremendous count of cells in a small space. If they are not used for 100 years, they could stay there for 200 years or 300 years" waiting for a perfect match, he said.

In a strict sense, the connective cells harvested from menstrual blood cannot be called stem cells, which can turn into any type of cell in the body, Miyoshi said.

But they also have high potential to develop into muscle cells, suggesting the blood could in time be used to treat muscular dystrophy, he said.

The study has been conducted jointly by researchers from private Keio University and the National Institute for Child Health and Development.

Initial results were recently published in the online edition of the US journal Stem Cell.

Miyoshi said the age of donor women does not seem to affect the capability of the cells.

He said that while the rats being studied showed improvements in the heart, such as increased power of contraction, he was "not entirely happy" with results of the experiment.

"I guess this can't be ready for clinical use yet. There should be a definite factor that turns the cells into a heart and we want to find it," he said.

Stem cells are considered key because they can turn into any types of cells in the body and potentially used to help replace damaged or diseased cells, tissues and organs.

They can harvested from embryos but destroying a viable embryo poses ethical questions. The process is opposed by the Roman Catholic Church and US President George W. Bush.

Adult stem cells can derive from such organs as bone marrow but it requires painful, invasive procedures.

Scientists in Japan and the United States recently bypassed the ethical problem by transforming human skin cells into stem cells which had the same properties as embryonic stem cells. 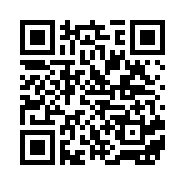